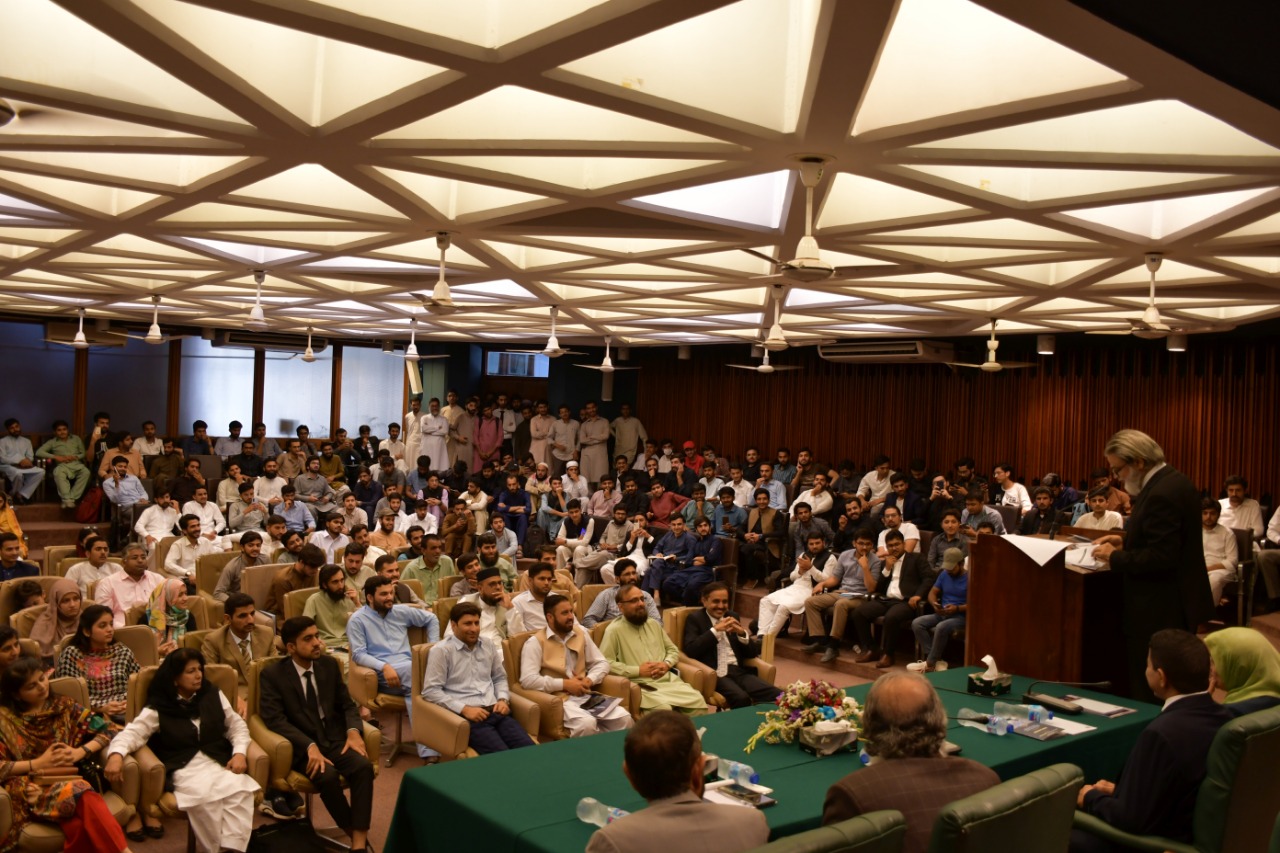 The concluding ceremony was addressed by Judge, Federal Shariat Court, Justice Dr. Syed Muhammad Anwer. In his presidential address, he said Islamic law is comprehensive and impartial. He opined that it is not prudent to have a comparison of the Islamic and western laws because Islam is a pro-life religion where the sanctity of life is a top priority.  He added that all the punishments in Islamic law are for the sake of deterrence. Islam is the ultimate way of guidance, he said. He appreciated the academy for arranging the activity and hoped that the academy shall continue such events in future.

On the occasion, IIU Rector Dr. Masoom Yasinzai said that the West has benefitted from the Islamic laws. He said that Islam is a universal religion. He added that Islam was the first religion that addressed the prerogatives of women. He said Islam is the way of change and positivity, a woman educated in the light of Islamic values can bring prosperity and peace to the society.  He opined that in the light of Islamic teachings is a basic right of every child. He also discussed dichotomy in educational institutions. He urged the academy to continue such activities in the future.

Speaking on the occasion, IIU President announced that as the result of the international linkages campaign the university will soon be able to manage 100 scholarships for the students and in the light of the various agreements, there shall be projects of exchange of delegations. He said the university is going to have collaborations with Imam Muhammad bin Saud University, KSA, Madinah University, and the Al-Azhar University of Egypt. Talking about the importance of the university, Dr. Hathal said that soon IIUI shall launch a post-doctoral program through Shariah Academy. He told that the new strategic plan of the university has been approved by the Board of Governors and its implementation shall be the start of a new era of quality education and progress in the university.

Around 30 researchers and scholars from all over the country contributed with their Research Papers. During the Conference Prof. Dr. Anis Ahmad, Chairman, Rehmatul-lil-Alameen Authority was the Chief Guest of the Inaugural Ceremony, while Honorable Justice Dr. Syed Muhammad Anwer, Chief Justice, Federal Shariat Court, Prof.

Hundreds of Researchers, Academicians, Lawyers, activists, and students from all over Pakistan participated in the Conference.

The conference focal persons and coordination officials included Hafiz Ahmed Waqas and Hassan Shabbir. The ceremony was also attended by all the Heads of the Departments of the academy.

No comments to show.